Here’s to the Crazy Ones 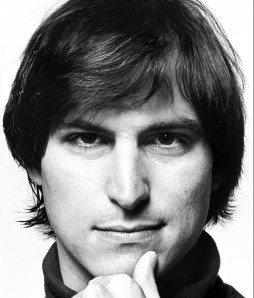 While driving in my car the other day, I was thinking about the recent Mazda TV commercials featuring people that invented something that we commonly use in today’s world.  Suddenly, I blurted out something that had me stumped by my own question: “Where do all the crazy breakthrough ideas come from?” And when I say “crazy”, I mean crazy as in unexpected… revolutionary…the WOW kind. Well, after doing some quick online research, it turns out that “formless thought (the stuff that just pops into your head) in a creative mind” is where “crazy” ideas originate from.

Many of the products that we can’t seem to live without today started out as crazy ideas – ask the Wright Brothers or Henry Ford or Bill Gates or Steve Jobs or the “Mazda Guys” like Bill Simpson – inventor of flame-resistant racing suits or Martin Cooper – inventor of the mobile phone.  Or Netflix, Costco and so on. At the time, it was stuff that nobody needed or was asking for (maybe because people didn’t see a problem that needed fixing), but once developed, it was just the thing that people were waiting for. And each idea proved to be a big success in the marketplace. These crazy ideas have changed the way we go about living our lives and it all started as a formless thought.  Knowing this, why is it that many marketers still don’t trust the crazy idea when it shows up unexpectedly especially, since crazy ideas, not safe ideas, are the game changers that propel companies forward.  On the other hand, safe ideas are the ones you can more easily assume will work before it takes form in the world. (Note: That said, I’ve never quite understood the concept of guaranteeing a new idea will take hold in the marketplace before it actually gets produced, introduced and marketed. With so many factors involved in making that happen, who can do that?)

In some ways, I think crazy ideas are like the ancient fire that early humans feared until proven helpful.  Once these humans first learned that fire made life a lot easier – from staying warm to cooking meat – the idea spread like wildfire (pun intended) and was widely accepted as necessary for a more comfortable survival and not something to avoid at all costs. I believe crazy ideas are like that as well.

In today’s competitive, me-too world, if your product isn’t a legitimate leader in a category, it’s certainly a far better choice to come up with new value story around your own product or service rather than trying to compete price-wise on the value that was generated by a competitor, right?  So, if you do find your company ranked 3, 4 or lower in your industry, you might want to be thinking about a crazy idea that will create a new meaning around your brand. Think of it like a “Blue Ocean” strategy.

In both of these cases, as their larger competitors were keeping an eye on consumer needs related to performance features, both LA Gear and Swatch had the crazy idea that people, and lots of them, were more interested in how they expressed their own personality and style, and these people were willing to pay more for products that helped them do it. In the minds of the customer, these products functionally did what competitive products did…but these products also spoke to them on another level.  And in doing so, these two “crazy” companies each created a new category and a competitive advantage that they had all to themselves.

OK, so now what?  Well, from where I sit, if your brand/product/service is to prosper in a world that’s driven by the daily creation of crazy new ideas, your company will need to choose whether their marketing department, and their activities, will operate from a creative platform or competitive platform.

When your company operates from a competitive platform, it can only win by having somebody else lose, similar in look to that of a “Red Ocean” strategy. Here companies try to outperform their rivals to grab a greater share of product or service demand. As a result, crazy ideas that are formless and unproven will be quickly be dismissed in favor of the known and the “proven.” Typically the marketing messaging and activities for companies operating from a competitive platform are uninspiring, forgettable, and 2nd tier level within their specific industries. They’re totally devoid of connecting with the customer on an emotional, human-to-human level in part because BIG data has played a huge role in the product coming to market. These messages don’t even register a blip on your consciousness radar screen…they’re that uninspiring.

Alternatively, if your organization operates on the creative plane, it will have a compelling reason for being. It will develop products that redefine the category, fascinating customers with the unexpected, making competition and pricing (in most cases) irrelevant. It’s the type of organization where people don’t settle for the status quo and find “crazy ways” to fill in the blank part of the question, “I wonder what would happen if we ________.”  In the movie rental business, “What would happen if we didn’t charge late fees?” Thus, Netflix.  In retail, “What would happen if we sold quality products in larger/bulk quantities at the lowest possible prices?” Viola: Costco.  This creative plane is where so-called crazy marketing ideas are constantly brought to the forefront for consideration. Where non-traditional thinking isn’t immediately shot down because it doesn’t conform to the “we just don’t do it that way” type of thinking. It’s where your competitors say “why didn’t we think of doing or saying it that way?”

Let me ask you a question: What will your company innovate or creatively say in 2014 that will differentiate your business by bringing higher value to your customer base? My vote would be to get crazy, to break away from commonplace. Embrace that mindset so much so that the next time an idea is presented by your marketing department and someone outside of that department says “That’s a crazy idea,” you’ll say, “Thanks, we love it as well.”