Ticking off the Competition 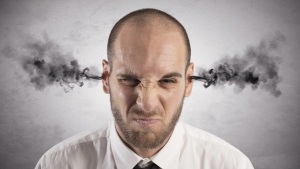 One of the most challenging efforts in marketing is having any sense of whether or not a new campaign will work before it’s launched.

Even with the most scientific eye-movement copy-testing, focus group testing, or man-on-the-street intercepts, you never really know until the campaign hits.  Besides which, few marketers have the luxury of affording this kind of advanced reconnaissance.

So instead, what often happens is a proposed ad or website or commercial is passed along to others in the office and the matter is settled with a thumbs-up or thumbs-down by the aggregate.  Which isn’t much better in the end than tossing it into the wind and seeing where that takes it.  It could be nixed by the boss’s wife because she doesn’t like the color of the sweater worn by the model, or approved by the CEO because his son came up with the logo.

I propose an entirely new (albeit equally unscientific) way to evaluate a campaign before it launches that could serve your marketing efforts quite well.  And it costs you nothing!

It’s to imagine the launch of your new campaign and think about it through your competitors’ eye.  Ask yourself, will my competitors hate our new campaign?  Will one of their staff tear out the ad, run down the hall to his or her boss and say, “have you seen what these guys are running!”

Yep, simple as that.

If you can imagine that they’ll react with surprise and upset, you’ve got a potential winner on your hands.  If, on the other hand, you envision their merely noticing your new message and then moving on to other matters, it’s unlikely your sales needle will be jarred very much.  When we create a new campaign, our unwritten goal is to create advertising the client’s competitors will hate.

I’ve had the joyful experience more than once of speaking with a client’s competitor who didn’t know we did the very campaign they railed against, complaining that it was hurting their business.  Oh, the indescribable thrill of hearing them groan!

A variation on that theme is to imagine how you’d feel if the competition, rather than you, ran the marketing campaign you’re now considering.  When we recently presented a series of billboard concepts to the client, they seemed undecided on which concept to choose.  But the moment we asked them which one they hoped their competitors wouldn’t run, the answer was swift: “That one!”

Being able to step outside of your own shoes brings with it the objectivity you need to consider the good, the bad and the ugly in your own marketing activities.  But personally, I like adding to that the gamesmanship of competition – doing what will tick off the other guys – for that means it has a sharper edge on which to carve out more business for yourself.

In any case, I’m sure you’d rather develop marketing your competitors will hate than to hate the marketing they’re aiming at your customers.  Right?